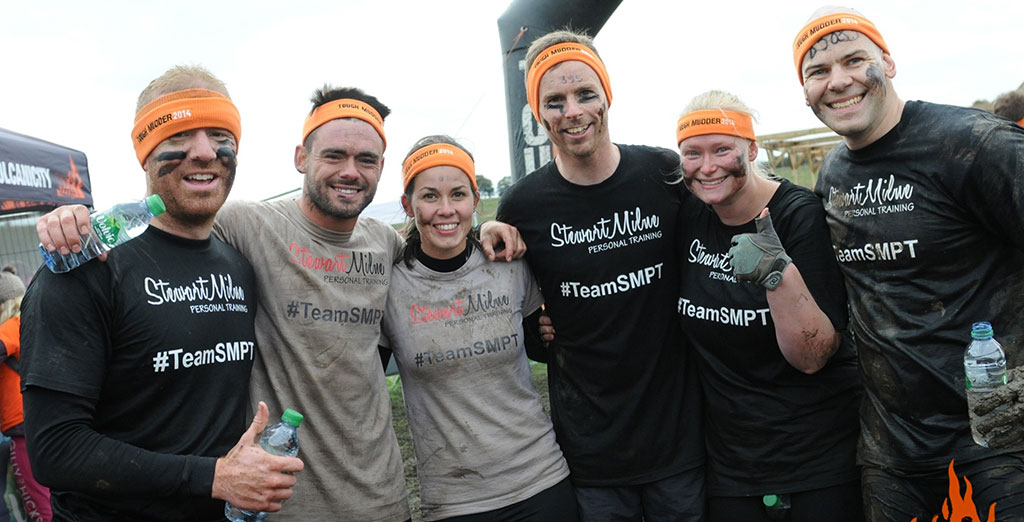 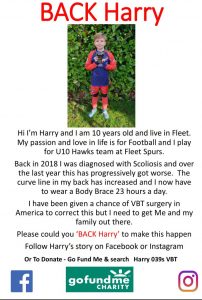 Today, I was training one of my clients and got into a conversation about a young boy called, Harry.

Harry is 10 years old and has been diagnosed with early onset scoliosis. Harry loves playing football, but the condition now has Harry wearing a body brace 23 hours a day.
The condition will only get worse and an operation in America is needed. 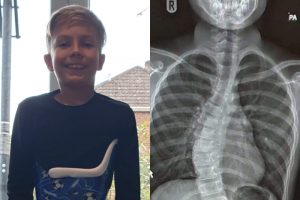 I would like to spread awareness and help Harry and his family as much as possible.

“Hi I’m Nikki, Harry’s mum. Harry is 10 years old and lives in Fleet with myself, his Dad and 3 brothers. Harry is such a kind, caring and happy boy. He thoroughly enjoys school. His passion and love in life is for Football and he plays for U10 Hawks team at Fleet Spurs. He just loves being active.

For those that don’t know Harry or our family, this is our story so far…

One day back in 2018 while Harry was getting changed I noticed that one of his shoulder blades was sticking out more than the other and he had a raised lump on the right hand side of his ribs. The GP told us that Harry has Early onset scoliosis and instantly referred him to Frimley Park hospital in June 2018 where we met with an orthopaedic consultant. Harry had a full spinal x-ray showing a right thoracic 35 degree curve of his spine. After examining Harry he was then referred to a specialist consultant at Royal National Orthopaedic Hospital Stanmore where he is now reviewed every few months.

Harry has to go for regular EOS scans as they have reduced radiation compared to a normal x-ray. In just 6 months between our December appointment in 2018 and June 2019 Harry’s curve had unfortunately progressed from 35 degrees to 42 degrees.

This then lead to Harry having to be fitted for a Boston brace to try and stabilise the progression of Harry’s curve. Harry was happy that he was able to choose the pattern of the Brace of which it would always be ‘Football’. He has to wear this for 23 hours every day. It does restrict him obviously from being able to do some normal day to day things such as bending over to tie his shoe laces.

During the consultants meetings we have discussed various options but we were advised that VBT (Vertebral Body Tethering) is the best treatment that would help Harry live a much less hindered life and enable him to carry on with his great love of sport. This surgery is now practiced regularly in Philadelphia U.S.A at the charitable organisation Shriners. As you can imagine, we couldn’t believe our luck when Harry’s consultant informed us that due to his age and increased development of his curve, he had been chosen as an ideal candidate to travel to Philadelphia for the operation.

Harry’s next appointment with his consultant is in April 2020 where they will take another x-ray of his spine and review his situation and as you can imagine we will have lots to discuss.

In the meantime though, our family and friends have got together and set up this Fundraiser group to help all of us and so many wonderful people have given up their time and parted with their hard earned money to enable us to be able to afford the flights, car hire, insurance, food and accommodation for roughly up to a 2 month stay in America (until Harry’s recovery period is confirmed a success). Until April, our next consultants meeting, we are unsure of the exact costs but all we do know at this moment is that we are hoping the operation will take part later this year…

On behalf of Harry and our family, we would like to say a HUGE thank you to EVERYONE who has taken Harry to their hearts, we really can’t express how much it means to us all.”

My team and I are more than happy to help raise money for ‘BACK Harry’ by participating in an event.

We are open to suggestions, so let us know what you would be willing to throw your money at and we’ll get it done.

If you would rather just donate to the cause then please click on the link below.👇🏻

Thank you for taking the time to read about Harry. 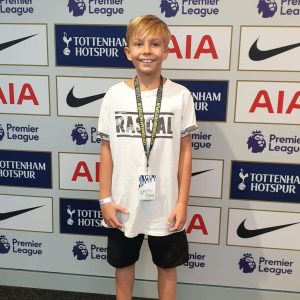 Together, we can achieve more.

To get a price list for our services, please fill in your email address below.